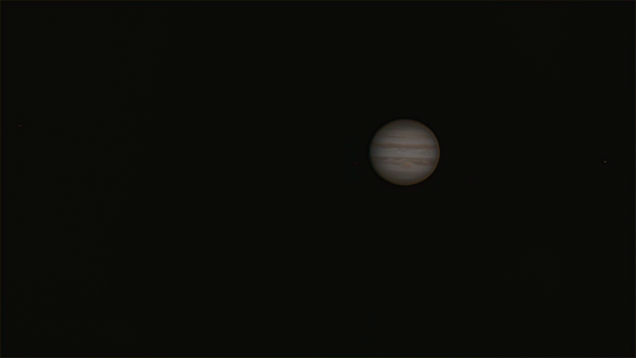 Dobsonian-mounted Newtonian telescopes are very popular due to their ease of use and value for money — they give the largest aperture possible for the lowest cost. The Newtonian design is simple. Being a pure reflector there are no issues with color fringing and the central obstruction also tends to be smaller than in other reflectors, such as Schmidt-Cassegrains. This means that large-aperture and low-cost Dobsonians can often yield great planetary images. Their big aperture makes the images bright and contrasted, and provides extra resolving power to see surface detail.

The Dobsonian mount was intended to be a simple push-to altaz mount for visual observing, and by far and away the majority of Dobsonian telescopes are operated like this. However, some astronomers have found ways of using their Dobsonian reflectors to take great photos of the planets by recording video and then stacking individual frames using software such as RegiStax or Autostakkert!, reducing the blurring effects of the atmosphere. Sharpened in a graphics editor, the final image shows a wealth of surface detail.

The simplest way of capturing videos is the drift method, which requires no driven mount. Just capture multiple short video sequences as the planet drifts through the field and then combine the videos into one image. Each second a planet drifts about 15 arcseconds, so exposures of 30 milliseconds will lead to drift smearing of only about 0.5 arcseconds, similar to the level of detail you would see on a good night. The true window over which you can gather videos is also limited by rotational smearing. The following list lets you know how long you can image the planets before rotational smearing of about 1 arcsecond becomes evident:

You'll probably need to use a Barlow lens to enlarge the planet's image, and the best magnification Barlow depends upon a number of factors. Too low and you'll lose detail by undersampling, but if it's too high you'll have to manually reposition your telescope frequently. Start with a power that gives a focal ratio of f/10 and experiment around there. If you can, use a camera with a bigger chip to maximise the percentage of time that the planet is in the frame.

Although you can get reasonably pleasing photos with the drift method, driven methods really let you pull out significant planetary detail. With a driven scope you eliminate drift smearing and can increase the magnification to boost the image scale without worrying about getting very short drift runs. Also, you can gather more frames to help reduce image noise because you don't need to waste time repeatedly moving your telescope to the start of the drift run.

But if Dobsonians are supposed to be push-to scopes, how do you get them to track a planet? One method is to fit a Go-To drive system and the other is to place the scope on an equatorial platform. Neither of these methods would probably be good enough for long-exposure deep-sky photos, but because planetary images are generally a few tens of milliseconds long, and because of the frame-to-frame alignment capability of the stacking programs, both types are good enough for planetary imaging.

Go-Tos generally use friction drives on the altitude and azimuth axes, which can be engaged or disengaged to change between 'go-to' and 'push-to'. Equipped like this, a Dobsonian should be able to keep the planet in frame and allow you to record videos to process into detailed pictures later. The Go-To will make finding your target easy and you should be able to compensate for any inaccuracies by using the motors manually to re-center the planet. Because you're using an altaz system, however, in time the planet will rotate relative to the frame of the camera. This is less of a problem for planets than for deep-sky imaging because the videos tend to just be a few minutes long, limiting the amount of rotation during a video. Over the course of 10 or 20 minutes, however, the field rotation could become noticeable if you're combining images from different videos. Fortunately the useful de-rotate function in WinJupos (jupos.org/gh/download.htm) will not only compensate for the rotation of the planet on its axis, but also for orientational drift due to this field rotation effect.

Mounting your Dobsonian on an equatorial platform is your second option and gives your scope true equatorial movement for an hour or so before the platform needs to be repositioned back to the start. Like the Go-To drive method, it maintains the low, stable centre of gravity of the Dobsonian design. With it you can continue to use the normal push-to altaz movements of the Dobsonian mount that are so much more in tune with the human frame of reference, but as soon as you've found the target it stays put in field as the equatorial platform tracks it. An equatorial platform can be moved between scopes and even used to place a normal camera tripod on to turn your DSLR into a fully tracked camera.

Commercial equatorial platforms are available from a number of different suppliers and are generally made for a specific latitude. For planetary imaging, absolute tracking accuracy from the drive system is not essential but it is useful to be able to adjust the drive speed slightly to keep the target in the field. Some platforms also have a screw jack on the southern end to help move the object up and down in the field.

One of the most important characteristics of a telescope drive system, if you want the highest resolution images, is that vibration should have an insignificant effect on the image. Equatorial platforms are prone to such vibration as they often use stepper motors as the main drive. You may not see signs of this vibration in normal use at the eyepiece but if it's there it will prevent you from achieving full high-resolution imaging.

You can check for vibration by inserting a high-power eyepiece and checking the smoothness of the twisted track of a bright star when you firmly tap the eyepiece to shake the scope. Vibration will be seen as a sawtooth on the smooth path.

How to Capture Images with the Drift Method

Step 1
Set up your scope and allow it to cool to reduce thermal currents, then collimate as normal. Connect a digital video camera to the telescope and, looking at your laptop, focus critically on a star. Polaris is a good choice for the star as it won't move while you are focusing.

Step 2
Line up your finder scope so that Polaris is near the middle of the camera frame. Align on the planet and check the chosen exposure settings. Planet brightness should be about 70-80 per cent of the saturation level and the gain about 50-75 per cent of maximum.

Step 3
Reposition the scope so the finder cross hairs are just ahead of the planet. As soon as the planet enters the camera frame, hit record. Keep recording until the planet drifts out of the frame. Quickly repeat. Keep going until you've gone outside the time window for your target.

Step 4
Join your videos together using PIPP's (sites.google.com/site/astropipp) 'Join' mode. Use the 'Object Detection' and 'Center and Crop' functions to keep the planet centred and eliminate the empty frames. Process this output video in RegiStax or Autostakkert! to finish.

About The Writer
Martin Lewis is a keen astronomer. He has in-depth knowledge of observing with all sorts of equipment.