Home
Articles
Astronomy
Why We've Got to Get to Mars

Why We've Got to Get to Mars
Print
Email Friend

Why We've Got to Get to Mars

He may be one of the most famous moonwalkers, but Buzz Aldrin has spent the past 30 years developing a plan to get people to Mars. He tells Jamie Carter why. 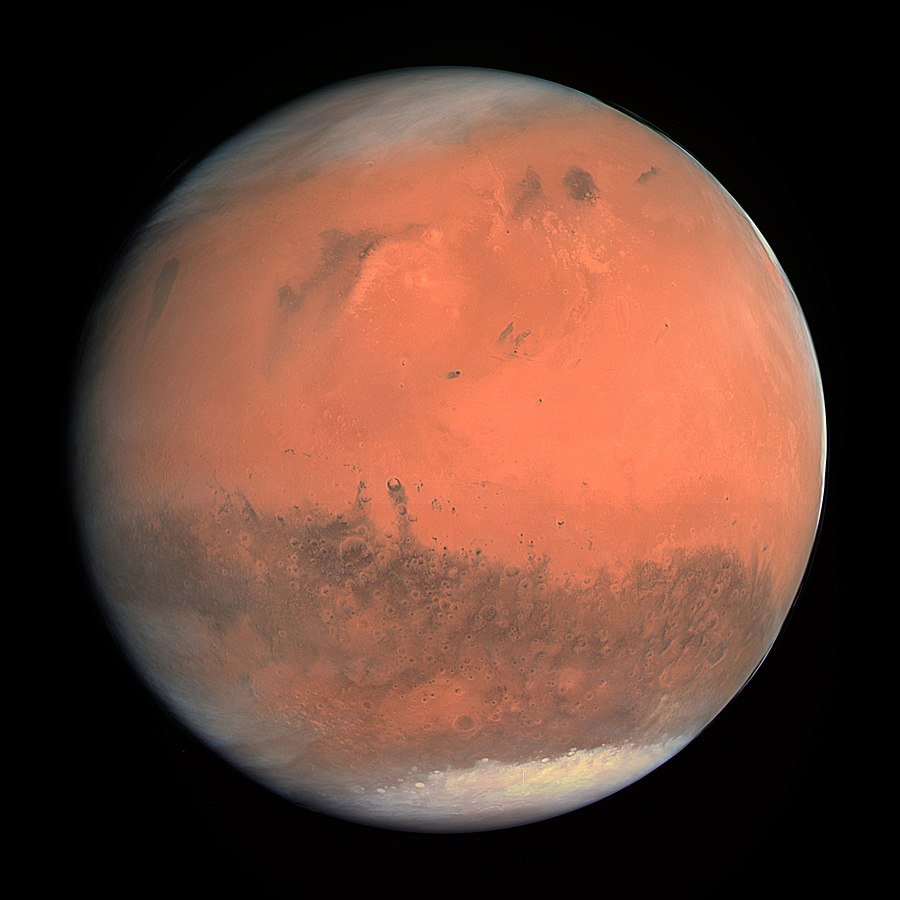 Colonising the Solar System is becoming the 'in' thing among billionaires. SpaceX supremo Elon Musk recently talked putting a million people on the Red Planet within 100 years, while Blue Origin's Jeff Bezos thinks he can help spread a trillion people throughout the Solar System. That's big talk, but there's one man who's spent the last three decades telling anyone who'll listen about his plans to go to Mars, and why it's so important we do so.

"I'm 87 years old and I'm getting impatient," says Dr Buzz Aldrin, who walked on the Moon in 1969 as part of Apollo 11. "We've been stuck in low-Earth orbit for too long and I believe that we need to break this malaise," he says. "I do believe we can establish permanent habitation on Mars by 2039, and I have a plan to achieve it."

If that date seems rather specific, there's a good reason for it: it would be the 70th anniversary of Apollo 11's Moon landing. Not that Aldrin wants to be constantly reminded of that. It may be regarded as a seminal moment for humanity, but only until someone sets foot on Mars. "I want to be remembered as the man who led the world to Mars, for a permanent settlement," he points out.

Aldrin, who is constantly refining the ideas he first set out in his 2013 book Mission to Mars: My Vision for Space Exploration, now wants to play a pivotal role in the push to the Red Planet. But there remains a fundamental question: why do we need to occupy Mars? Why not just pay it a quick visit?

"What concerns me most about expeditionary missions is that we may go there once or twice and never go back — it would be flags and footprints again," says Aldrin, citing the Apollo Moon landings, the last of which was 45 years ago. "But the more important reason is that it's vastly more expensive to send people up there with all their infrastructure in one spacecraft and the quality of the science would be dramatically lower."

According to Aldrin, once you have the right kind of surface and transportation infrastructure, the cost of sending individual astronauts would be affordable. His is a pragmatic plan built upon orbital calculations that could make inhabiting Mars far more affordable than anyone imagines.

Aldrin's idea revolves around the concept of 'Cycling Pathways': one or possibly two Earth-Mars spacecraft (a 'Cycler') that travel constantly between Earth and Mars. "The astronauts will be transported to the Earth-Mars Cycler with a single launch, with refuelling in Earth orbit," explains Aldrin. "Using spacecraft that cycle between Earth and Mars would be an order of magnitude cheaper than using an entirely new series of rockets to send each crew to Mars."

Following on From Von Braun

Although his ideas pre-date those currently being proposed by various billionaires, Aldrin is certainly not the first to consider how to carry out a manned mission to Mars. Dr. Wernher von Braun, developer of the Saturn V rocket, briefed NASA's Space Task Group just after the Moon landings on a plan to land two expedition spacecraft on Mars in 1982. "Werner von Braun's vision of Mars exploration was a tremendous inspiration to many of us," says Aldrin. "But von Braun was really interested in using very large rockets. I think we can get to Mars without the same reliance on state-developed and operated rockets." Aldrin's plan also differs from Von Braun's in its level of reusability.

Ambitious space exploration plans always come with a huge caveat: politics. Aldrin was recently at the White House, standing alongside President Donald Trump as he signed an executive order re-establishing the National Space Council after its 24-year hiatus, but he's not getting too carried away with that decision. "I don't expect the Space Council to fundamentally change the US space programme by itself. But it will really become critical if the administration decides to fundamentally rethink major aspects of our civil and national space programmes," says Aldrin. That's what he's hoping for.

Aldrin will be keeping a close watch on what President Trump says on 24 July 2019 when the world marks 50 years since Aldrin and Neil Armstrong set foot on the Moon. "I'm personally very committed to the idea that the President should, and indeed must, announce a major US commitment to Mars permanence by the 50th anniversary", he says. "It's essential to force us to make the hard choices we must make in order to get to Mars in the next 20 years."

ABOUT THE WRITER
Jamie Carter is the author of A Stargazing Program for Beginners: A Pocket Field Guide and edits WhenIsTheNextEclipse.com