Grand Canyon National Park is set to get a whole lot darker as it embraces its International Dark Sky status, writes Jamie Carter. 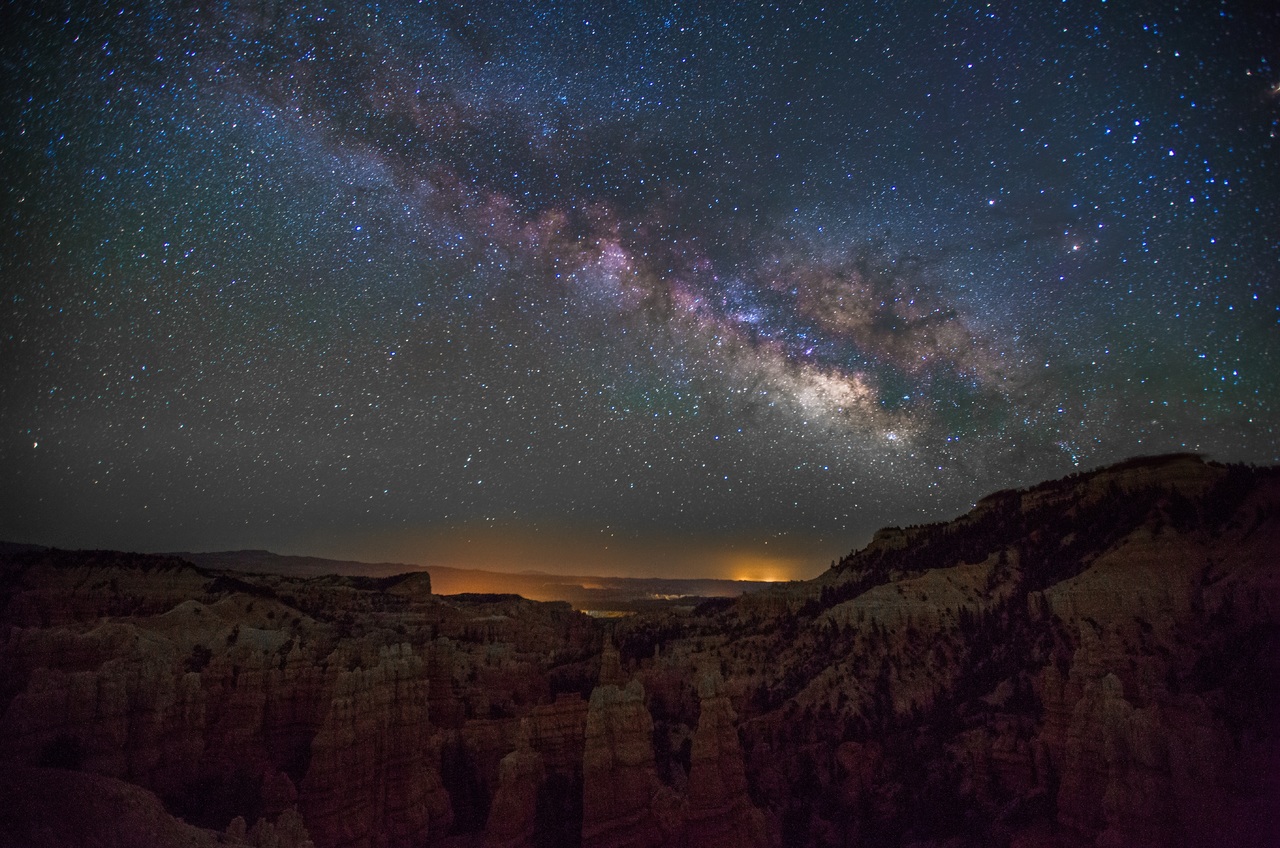 For anyone after an uplifting experience from nature, the Grand Canyon almost has it all. By day you can stand anywhere along its South Rim and peer down nearly 2,000m into its layer-cake bands of red rock, taking you back two billion years into Earth's deepest history. When the Sun goes down, the combination of a high elevation and dry desert air means clear, cloudless night skies are common. So why doesn't the Grand Canyon National Park have a particularly high reputation among amateur astronomers and astrophotographers?

Five million visitors per year, that's why. Most of them visit Grand Canyon Village on the South Rim, which is easily accessible from Flagstaff in Arizona and only a few hours from Las Vegas in neighboring Nevada. Over the years the undeniably picturesque properties on the South Rim added lighting. And then more lighting. Even the pathways along the rim were floodlit.

This wilderness gateway is now a major light polluter, but that's all set to change in the wake of the June 2016 announcement that the reserve has been provisionally designated as an International Dark Sky Park. This certification is awarded by the International Dark-Sky Association (IDA), a US-based organization that encourages others to maintain the darkness of the night sky for future generations.

The 'provisional' status reflects the complex job ahead. There are thousands of light fixtures on both rims and within the canyon itself, and the National Park Service has set a deadline of June 2019 — the park's centenary year — to retrofit two-thirds of them to comply with the IDA's lighting guidelines.

Harking back to darker times

"Technology is coming along nicely, with excellent night sky and eye-friendly choices now on the market, with prices that are becoming competitive with more common fixtures and bulbs," says Jane Rodgers, deputy chief science and resource management at Grand Canyon National Park, who applied for the Dark Sky Park status. "Backpackers and campers within the canyon will look up at the South Rim and see fewer, more subdued lights, most of which are illuminated only for a few hours after sunset and an hour or so before sunrise. The general aesthetics will hark back to the time when the village was first developed, where the natural world dominated and visitors experienced the feel of an amazing night sky."

Not that the national park doesn't already promote itself as a dark-sky destination. Its rangers are well informed about the night sky, and a star party has been held here each June for over a quarter of a century. Last year's even included talks in the visitor center, constellation tours and free telescope viewing outside the building and at nearby Mather Point, a 10-minute walk away on the rim.

At other times of year (May to September pretty much guarantees a dry climate and crystal clear night skies), there are night-time walks and talks by rangers, who often set up a telescope for public use. Amateurs and professional astronomers from nearby Lowell Observatory in Flagstaff (where Clyde Tombaugh discovered Pluto) make visits, while on the darker North Rim, the Saguaro Astronomy Club of Phoenix set up telescopes on the porch of the Grand Canyon Lodge.

Mather Point is the best place for stargazing on the South Rim, though Rodgers is looking into establishing a designated night-sky viewing area. Nearby Hermit's Rest and the many pullouts on the flat Rim Trail are perfect, as are the remoter Desert View and Lipan Point on the South Rim, about 30km drive from Grand Canyon Village.

Alternatively, pitch a tent in one of the reserve's campgrounds. Here you may well find a ranger who can point out the local Navajo tribe's giant constellations: the First Revolving Male, First Revolving Female and the Central Fire. You'll recognize them; they're based on the Plough, Cassiopeia and Polaris, respectively. The constantly turning circumpolar stars represent the Navajo ideal home of a husband, a wife and an abode. By protecting natural darkness as well as the natural landscapes, Grand Canyon is itself committing to a beautiful billion-year marriage all of its own.

ABOUT THE WRITER
Eclipse-chaser and dark skies expert Jamie Carter is the author of A Stargazing Program for Beginners: A Pocket Field Guide