Paul Abel's guide to the closer planets shows how to get the best views and sketch the results. 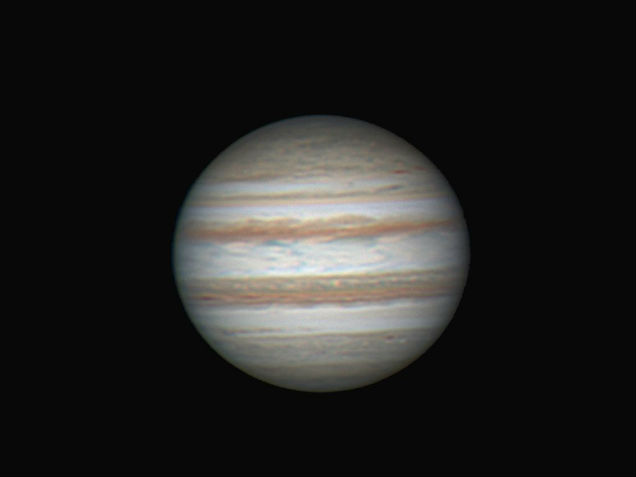 There was a time before webcams and CCDs when photographic film had a resolution lower than that of the human eye. During this era, the only reliable tools astronomers could rely upon were their own vision and a pencil, but even with these limited resources some startling discoveries were made. The astronomers of this era seem to be like great explorers venturing out into a vast and complex cosmos, their drawings and observations rather like postcards from alien frontiers.

Today, the sensitivity and size of imaging equipment has improved immeasurably. Yet even in the 21st century, there are still areas of amateur astronomy in which visual observers can make valuable contributions. Visual observers need many specialist techniques to obtain reliable results that can go into the scientific record and here we introduce some of these observing skills with the aim of making you a better astronomer. We're going to look at the most rewarding planets for study: Venus, Mars, Jupiter and Saturn.

Venus can be a challenging object for visual observers, yet in the 1960s it was such astronomers who helped to establish that the planet's clouds have a three-day rotation period. With Venus, a visual observer's main objectives are to obtain disc drawings that correctly show the phase and to record elusive cloud markings.

A cursory telescopic view of Venus will reveal a bright white disc with a phase. The bright cusp caps covering the poles may be glimpsed, but that will probably be the only detail. Don't be put off, though: with time and patience subtle cloud markings come into view. The first thing to do is to find the correct magnification: one that gives a reasonable disc size and is suitable for the seeing conditions. I find 130-160x to be about right. Venus is also best observed in bright skies, as this reduces the glare from the disc.

As with all planets, don't expect to see all the fine details at once — you will need to engage with your visual system (one of the most remarkable adaptive optics kits on Earth). Ask yourself what you can see on the disc and slowly your eyes will respond. Spend about 15 minutes looking at the planet's disc before you start drawing.

To sketch Venus you'll need a circle 50mm in diameter. Draw in the phase and then, with a 2B pencil, gently shade in the subtle cloud markings. Eyepiece filters are a great help as they allow you to see into different depths of the atmosphere. Red and blue filters help to enhance cloud markings, while a yellow filter will bring out the polar collars.

The Schröter Effect
Look at Venus when it's predicted to be at half phase and you'll notice that the phase is actually slightly less than half. This is the Schröter effect, where Venus's observed phase is always less than the theoretical one, and it is particularly prominent in a blue filter.

The phenomenon was first recorded by Johann Schröter in the 1790s, and is due to light being scattered in the thick Venusian atmosphere. You can record it for yourself: on your drawing: simply measure the distance (in mm) with a ruler from the limb to the terminator and divide this distance by 50 to get the observed phase of Venus. Do this for all of your drawings and you can plot the decreasing phase against time on a graph and show how the effect changes over the course of an elongation.

The ochre disc of Mars is full of subtle, slowly changing features. Mars is a world of vast volcanoes, continent-sized canyons and majestic deserts. It's not uncommon for fogs to collect in the basins such as Hellas and Argyre, and the volcanoes attract brilliant clouds at their summits. Martian meteorology changes over the course of a few hours, and it can all be recorded and studied visually.

The well-defined Martian seasons produce different phenomena. During the apparition of 2013-14, it was springtime in the northern hemisphere, and the brilliant north polar cap shrank dramatically as it sublimated away. Recording the retreat and advance of the polar caps is important as it reveals information about the Martian climate.

The dust-storm season occurs during spring and summer in the southern hemisphere. Telescopically, these storms resemble small orange clouds, and they can engulf the entire planet. It may take many months for the dust to clear and afterwards there may be changes to the dark albedo features. You can track the progress of large dust storms, recording their size and changes to local surroundings. A green filter helps enhance them.

Mars tolerates high magnification well because red light is less affected by Earth's turbulent atmosphere. At powers of 300x, dark albedo features like the Syrtis Major will show a multitude of subtle structure.

Drawing Mars requires some patience. You can't spend any longer than 15 minutes doing so as Mars's rotation will have moved the features away from where you've placed them in the drawing. Sketch the phase first if it is present, then the polar caps. Spend seven minutes putting down the obvious features and use the remaining time to put in any bright clouds you can see. A blue Wratten No. 80A filter helps enhance white clouds. Aim to make two to three drawings over a night to show how the clouds change.

The restless clouds of Jupiter have generated plenty of work for visual observers for hundreds of years. Through a telescope, this gas giant is differentiated into darker belts and brighter zones. Powerful jet streams carry large storms along, presenting us with an ever-changing cloudscape.

It takes practice to record Jupiter correctly, but doing so will really hone your observational skills. A Jupiter drawing requires the correct blank: this planet is appreciably flattened due to its rapid rotation, so the standard blank is 64mm wide but only 60mm high.

Like Mars, Jupiter rotates quickly; in this case you have 10 minutes to make your sketch. First draw the main belts and large storms, recording the ones near the preceding edge first as these will vanish soonest. Spend the remaining time adding in the finer details.

Supermoon
Jupiter's most famous and persistent storm is the Great Red Spot, a vast hurricane situated in Jupiter's South Tropical Zone. Visible to a 5-inch scope, the Great Red Spot drifts in longitude at varying speeds; this drift rate can be measured.

When the storm is visible, watch as it moves towards the central meridian. When you think its centre is on the meridian, record the time. Use freeware software WinJUPOS to convert the time into longitude and repeat this whenever you observe the Great Red Spot. You can plot the resulting longitudes against time and look at how quickly the spot is moving in Jupiter's atmosphere.

It is often said that majestic Saturn is a 'quieter' Jupiter. The belts and zones of Saturn's atmosphere are less well defined, but the storms that this planet can produce are even more ferocious.

Watching and charting storm activity is one of the main tasks for visual observers of Saturn. Storms are seasonal, occurring every 30 years, and usually take the form of a large white oval on Saturn's equator. The next outbreak is due near 2020.

Recently Saturn has produced other storms: quite unexpectedly in late 2010 a large storm erupted in the planet's northern hemisphere, lasting into 2011. This powerful storm churned up the North Tropical Zone, reminding us of the need for a constant vigil if we're to catch the next outbreak.

To really view Saturn, you'll need to use a power of 160x or more; 250x is a good all-round magnification. Drawing Saturn requires five accurately placed ellipses — so don't try to do it free-hand, use a carefully produced blank.

Saturn is also a quick spinner, so spend about eight minutes drawing in the main features on the disc and the rings, and use the final four minutes to finish the fine details such as the fainter belts and shadows. Filters work well for Saturn: yellow enhances the contrast between belts and zones, while light blue helps to emphasise redder features. Also watch out for a bi-coloured aspect of Saturn's rings: occasionally Saturn's outermost ring, the A-Ring, appears brighter in a blue filter than in a red one. Although rare, this phenomenon has been reported by visual observers and is worth keeping an eye out for.

Keeping a log book is an essential skill for any visual observer. It will keep your observations in a logical structure and you'll be able to look back and see how your drawing skills have developed. Your log book should be a sturdy bound notebook, and every observation should include the following information:

Tools of the Trade

Eyepieces
A selection of medium- and high-power eyepieces, giving a range of magnifications to suit your seeing conditions. A useful range is 160-190x for low power, 200-250x for medium power and 300x-plus for high power.

Pencils
Some planetary features are more subtle than others, so you'll need a range of pencils from HB to 6B to capture as many as possible.

WINJUPOS
This essential free software displays the features present on Jupiter or Saturn's disc at any date and time, and gives you the planetary longitudes for both gas giants so you can record the location of details. It is especially helpful as these planets have three systems of longitude due to their different bands of rotation.

About The Writer
Dr. Paul Abel is an astronomer based at the University of Leicester. You can listen to him on the BBC Sky at Night Magazine Virtual Planetarium each month.